News from the Field October 2017

This is the time when we get to see the fruits of the year’s labour and we can hopefully safely gather the harvest in. 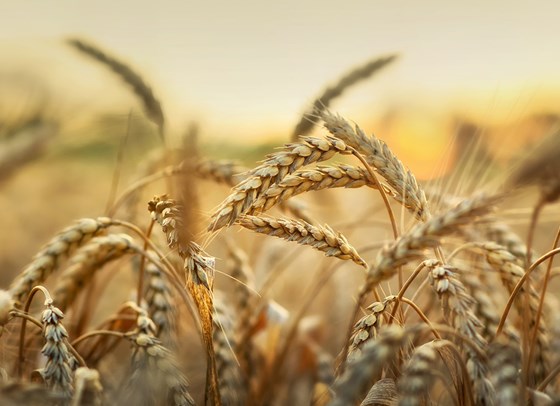 When you are harvesting cereal crops, an ideal scenario is multiple, prolonged periods of dry weather for harvesting, so we don’t have to put corn through the grain dryer, which obviously adds cost to the whole operation. It’s a bit like hanging the washing outside rather than using the tumble drier!

Unfortunately, any periods of dry weather this summer were decidedly ‘un-prolonged’ and so work has been very stop-start, working madly in each short burst of dry weather to catch the crops at their best. Nonetheless, I’m pretty pleased with the final result. The wheat that we planted last September didn’t yield too well, mainly because it didn’t establish properly during the Spring drought. Apart from this, though, all the rest has turned out to be top quality, especially the milling wheat which has all gone to Warburtons for your bread and crumpets. I’m really pleased too that the oats have all made the grade to go off to Morning Foods to be used in porridge and flapjacks. We have to grow a certain variety for them so that the oats have the golden colour they require, and they need to be quite large, heavy grains so that they can process them easily. We’ve also swapped the oilseed rape variety we use; just as you have your favourite tomato variety to grow in your garden, you get to know what crop varieties grow best on your land. This means that our rapeseed next year will be used in cooking oils rather than in carrier bags.

Finally, on the harvest, we are now taking the second crop of broccoli, so there is some mud coming out onto the roads during the day. Please bear with us, we will always clean the roads in the evening.

Following on from the last article I wrote, we have now had a Dangerous Tree Survey completed and a contractor has been commissioned to remove any trees or limbs that are causing an obstruction. This will take place later this year when there are less leaves on the tree. Christmas trees continue to grow well and we are already getting the odd enquiry about our opening times for the festive season!

Fly tipping, as ever, continues to be an issue in the area, just yesterday six sacks of building rubbish were dumped locally. Also, whilst we were busy combining, some young people took it upon themselves to smash the lights on the trailer that carries the combine header which was rather frustrating at such as busy time.

Whatever is thrown at us though, the farming cycle continues, and all the seed corn is in the sheds ready to plant next year’s crops. We’re planning to drill everything during the autumn this year, rather than some in the spring – this allows us to give the crops longer to establish and reduces the risk of later crops not getting going in time if next spring is particularly inclement. If only we knew what the weather was going to do!